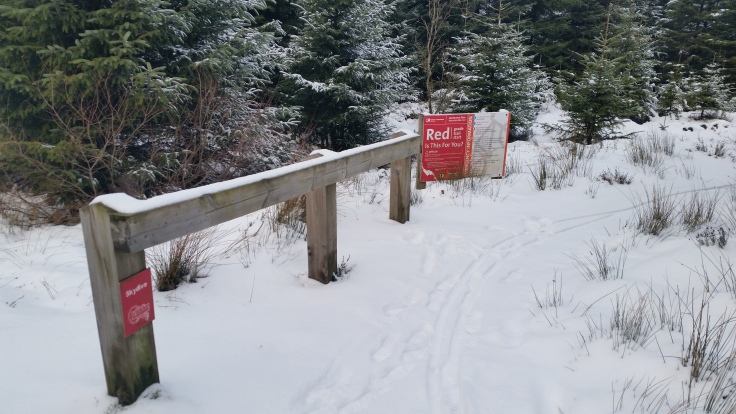 The aim of this project is to generate a tourism industry in Galashiels.  It suggests the development of a cycling network that connects the town with the biking centre of Glentress and the surrounding areas of the Borders. Since, cycling is developing to a very popular recreation and sports activity around the Borders, the creation of such a network will regenerate tourism in the area and, therefore, Galashiels.

Galashiels is a Central Borders town of over 14.000 residents, located on the Gala River and is surrounded by Meigle Hill, Gala Hill, Buckholm Hill and Langlee Hill. Places of interest include, the Old Gala House which is now a museum of Galashiels and an art gallery, but the lack of attractions is evident. It the research conducted for the almanac it was discovered that, although there is a long tradition in sports and a variety of opportunities and activities for the locals, tourism is generated only during specific periods of the year, with events such as the traditional Braw Lads Gathering, the Scottish Borders Walking Festival and the Gala 7s tournament. The region does not live up to its potential with the absence of activities to attract tourists and facilities to accommodate them.

The construction of the Borders Railway will change the dominant perception of the Scottish Borders being isolated. It will improve the town’s connection with Edinburgh and the rest of the Scottish Borders and provide opportunities for tourism and economic growth, with inward investments and the creation of jobs. The new railway line will bring visitors from Edinburgh to Galashiels in less than 1 hour, with a 7-day service and a half-hourly service at peak times. It is estimated to reach 600.000 journeys per year, aiming to attract 1.000.000 travelers to the Borders.

However, improved connections, new local amenities and accommodation are necessary to make existing and future attractions in Galashiels and the surrounding areas (National Mining Museum at Newtongrange, tours at the Lochcarron of Scotland, Cashmere and Wool Centre at Selkirk) more accessible. Visitors who arrive at Galashiels should be able to explore the surrounding area through good public transport services. Additionally, a great opportunity for the whole Borders area would be a cycling connection. The existing 90 mile Tweed Cycle Way and the Southern Upland Way could trigger the creation of a wider cycling network to connect the whole region and attract visitors interested in cycling and walking.

Our proposal suggests that the planning of bike paths would generate tourism in Galashiels and would be beneficial to the area’s economy and wellbeing. During the workshop that took place in Galashiels we discussed several solutions in order to regenerate tourism in the bike industry. One solution would be the creation of a bike centre with training facilities and the development of bike routes in the hills around the town, such as the Buckholm hill near the Galashiels Golf club, the Meigle hill or the Gala hill, providing outstanding views towards Galashiels, since they all are in close proximity to the town centre. The main disadvantage of this proposal is the lack of cycling routes connecting Galashiels to nearby towns.

Given the proximity of Galashiels to Peebles, Lauder, Selkirk and Tweedbank, all areas with existing or potential cycling routes, a network of cycling paths connecting these areas seems the optimal solution. Some possible places are the Buckholm hill, at the north of the town, from where people could go to Stow and Lauder and the Meigle hill, at the south, which already has sport activities specifically, a swimming pool and tennis courts. Another option would be the Gala hill. This might be a more suitable place to create a new activity, because it is in close proximity to Meigle hill and the existing sports facilities, where the routes to Peebles and Selkirk can start. Fortunately, Peebles hosts the Glentress and Innerleithen Centre, a bike centre which provides mountain bike routes. This centre attracts 400.000 visitors per year who generate 9 million pounds net additional spend. Selkirk hosts each year a bike festival, the Selkirk MTB Marathon. The marathon includes three bike routes of 25, 50 and 75 kilometers each year. Additionally, a number of events are planned in the town, in order to familiarize people with the concept of cycling.

The Mountain Bike Centre at Glentress has benefited the area economically and is an excellent example in terms of cycling trails. However, some of its features and facilities seem problematic. Design issues to be considered is the division into three separate buildings, the location of the shower and changing facilities and the fact that the café doesn’t have a view of the trails.

The Visitor Centre for Equestrian and Mountain Biking at Paremoremo, New Zealand, responds to these design issues.  Located at the upper reaches of Waitemata Harbour, the building is integrated into the landscape, offering outstanding views to the trails and the coastal rim of the park.

Another building that takes into consideration the location and the ancient monument is the Visitor Centre at Hammershus, Denmark. The building becomes part of the landscape and allows the castle and the natural environment to be the main attractions. All the practical functions are located towards the cliff, while on the opposite side the glass façade opens up to the monument. The roof becomes a public space, a platform with excellent views to the castle.

The bike center in Galashiels will have a social, an environmental and an economic impact on the area. As far as the social aspect is concerned, the people of Galashiels will be encouraged to use bicycles, not only as an exercise or a hobby, but also for their daily transportation. The effort to encourage people to take up sporting activities and lead healthier lifestyles has started with the weekly scheduled health walks in Galashiels. Similarly, cycling events can be planned as well. The adjustment to a more active lifestyle will promote food education and people will be inspired to eat healthier, improving their wellbeing.

People are becoming more aware of the environmental impact of their actions. The promotion of cycling will also have environmental benefits, as people will be encouraged to use bicycles or public transport instead of their private cars to go to work, thus, less carbon will be emitted. Also, this cycling center will inspire people to travel by bicycles to nearby towns. It is of paramount importance to ensure that the routes and the natural landscape are protected.

On the economic side of the aspect the benefits are various. The popularity of cycling is increasing in the Borders and can generate tourism in the region. A cycling centre can give the opportunity to Galashiels to stand out and become a destination for sports lovers. It will also trigger the opening of new local shops, such as bike stores, cafes, restaurants and hotels which will create job opportunities in the area.

The short-term plan includes the creation of a bike centre in Galashiels and the connection to Peebles, passing through Clovenfords and Innerhalten. A shuttle-bus service can transfer visitors from the Railway station to Gala hill (1 km) with a 3-minute drive. Gradually, the network can expand to connect Galashiels to other Border areas, such as Selkirk and Stow. Finally, our aim is to reach Lauder, Earlston, Newton Boswells and St. Boswells. All aforementioned areas offer activities and places of interest for the tourists. In order to enhance our proposal, accommodation for the tourists visiting Galshiels, should be provided.

The selected area for the bike centre is Gala hill. The ease of access, the connections and the existing parking space on the Meigle hill constitutes advantages for the choice of Gala hill as an intervention area.  In Gala hill Crescent it is essential to create a centre, similar to the one in Glentress, which will not only have a few bike routes on the hill, but it will also provide a route to Peebles. The bike route could use mainly the old railway trail which is known as black path. The advantages of this proposal include the fact that several visitors would be able to cycle from Galashiels to Peebles and back, and then commute to Edinburgh by the Borders railway. Visitors who do not have a bike could rent one from both centers and leave the bike at their destination. The cyclists will be able to enjoy a route of great landscape value, because of the hills, forests and the view of the Tweed River.