This proposal stems from a successful organisation already known within The Borders in Thornylee called Grow to Work. G2W is formed around the established premise of increasing one’s health and wellbeing by connecting them with their environment through horticulture. Working with the handicapped, unemployed and people wanting a better lifestyle to reap the benefits of being connected to their surrounding land and give them a sense of purpose. Naturally, there are people who don’t feel the need to be involved in this type of activity and for that there are a few development routes that emanate from this one idea of growing for wellbeing that can expand and include more of the town of Galashiels as well as helping it be self-sustainable.

Galashiels is a large town in comparison to the other towns in the Scottish Borders with a population of nearly 15,000 (New Ways Partners, 2011). It is a town with a rich history and is surrounded by a picturesque landscape that offers many outdoor activities. An important necessity when doing many exerting activities is good nutrition. This town has the advantage of being in a central location within the Borders and since the reopening of the railway, it is even more easily accessible and should be seen as the middle point where visitors can come and easily travel by bus or car to surrounding areas while coming back each evening to Galashiels.

According to the Scottish Association of Farmers’ Markets (2015), there are four farmers’ markets in the Borders located in Carlops, Jedburgh, Kelso and Peebles, there is also one in Hawick. All of these markets, if still operating, seem to be outside and susceptible to weather conditions. After speaking with two members of the community, Gregor Scott and Kate Foster, about helping to bring a healthy lifestyle to the community some questions arose about the concepts of our visualization and the validity in accordance with Galashiels. Some already established events and ideas were brought to my attention.

Gregor Scott currently runs Grow to Work which helps individuals in the community to have a sense of purpose and benefit from the ability to work with nature. In the past, Gregor has tried to hold a farmers’ market once in an outdoor parking lot in Tweedbank. There were some issues with this, such as the weather and having the produce available to sell only once a month due to ripening.

There are also a few events through the year such as Apple Day and Potato Day which are currently held in surrounding towns but could be relocated to Galashiels which can act as a central hub for food events. Also, each year Galashiels does the Braw Lad’s Gathering which can be benefited by having an area for people before, during and after the event to congregate and socialize.

There are numerous paths that can be taken considering what G2W is already doing within The Borders such as cooking classes, including the town in public debates about food, sending out fruit/veggie boxes to use up extra produce and opening up a café that uses only items from the market. Gregor Scott is already in the process of following some of these avenues. Some collaboration between the sewage plant based in Tweedbank and the food waste collection that is currently active and local farmers could be helpful in producing compost for farming.

As mentioned earlier, a monthly market was already attempted and I believe it would have been successful if not for the weather conditions it was susceptible to by being outdoors. There were a variety of food vendors that took part such as bakery, cakes, pastries, dairy, butcher and fresh fruit/vegetables as well as people selling hand-made crafts. On a day with good weather there were loyal customers that would walk from their homes in nearby towns to buy from the market. The two largest issues were the weather and fruit and vegetable producers having a good stock to sell for the day once a month.

Expanding on this experience, it is necessary to find a space that can be used indoors with some space to expand in the summer months when people would enjoy being outside as well. There is an issue with the ability to have perishable goods on a specific day each month and because of that there are many places where farmers will sell in rotating markets in different towns on a more regular basis, this can be a starting point. As pointed out, there are already five surrounding towns that each hold a market once a month on a different day to one another. I am not certain whether the same vendors take part in each venue but if they don’t the first step would be to include all vendors. As the market strengthens with product and customers, there will be more necessity to have one single location, a good location would be Galashiels. With a market that is open everyday it would become a staple of everyday food shopping for the local people and an attraction for tourists.

Farmers can benefit from the market by using it as an extra source of revenue, with more money received because they don’t need a middleman to sell for them which also gives them more control. It also allows them to learn about more of the business and marketing side and get in touch with other local farmers to share information. There are other advantages to having a market in the area for economical, environmental and social reasons. Economically, the market helps with circulating the money, keeping it within the local economy and provides jobs and local employment opportunities. Socially, it increases the understanding of the local residents as to where the food comes from and gives them a sense of the process involved in providing such a service. It brings an atmosphere that makes people want to be involved and want to leave the house to see and buy fresher produce than can be found in the supermarkets. Environmentally, the food doesn’t need to travel very far and uses less packaging than that found in larger supermarket chains such as Tesco.

Once the market is thriving it can be expanded to include an eatery which can provide cooking classes for the local community in the evenings if desired. The restaurant will use the food from the market to create the dishes. This model is very similar to that of The Goods Shed in Canterbury, southern England founded by Susanna Atkins in 2002. In a newspaper interview with Susana she explains that before she opened up The Goods Shed, which utilises an old railway building outside the town center, there was a food market operating in the car park occasionally. Many of the customers that go out of their way to go to her market that is open daily believe in supporting small businesses. She also believes that since her opening the supermarkets have been stocking more local produce to keep up with customer satisfaction but they are not able to match the lower prices that can be found at The Goods Shed.

Another established market in the UK is the Borough Market which holds public debates about food such as the most recent debate about what our food system will look like in 50 years time. This is a good way to involve the community in food discussions and allow them to think more about how the food they eat comes to fruition. This is also helpful in allowing the residents to be included in decisions and not feeling like a change is being forced upon them.

In Galashiels there are many locations that can be useful for a market, Buildings at Risk website helped with this as well as a walk around the town. The first criteria was based on the premise of using an existing building that is currently out of use. This is to avoid building something new because of cost, time and material as well as the feel an old building can give when it is repurposed is unparalleled to that of a new building. With this there were eleven possibilities.

The second criteria was to have a location near the center that would be easy for locals to access without a vehicle and easy for anyone coming from out of town to use the train or bus transport system. With this Bristol Mill was excluded. This site would also have been a disadvantage because of its size. The psychology unit was also a little too out of the way to get to.

The third criteria was for the site to have an indoor space and with the possibility of an outdoor space. This eliminated heating solutions and the Church of Scotland.

The next criteria was to look at the available amount of space. There were a few areas that seemed to be too small, the Glasite Chapel, Gala Vehicle Care and Game Station. Market Square was also taken off the list because there is not much inside space nearby to utilize except for the Tesco parking lot. As proposed this would be a market that is on every day and in a parking lot it wouldn’t be very inviting to consumers and Tesco may have issues with their competition using their area, which should be used for customer parking, on a daily basis.

This left the last two options, the old post office and St. Aidans Church and Church Hall. This was a difficult decision because of the fact that each location had many advantages but it came down to the Bank Street Gardens and the church hall in proximity to St. Aidans Church. The gardens can be used on summer weekends to expand the market from indoors to outdoors and utilise the area. The church hall can be used to hold the restaurant and facilities for cooking classes.

Recently there was a proposal to create a market in the old post office but it seems to have lapsed due to permission and financing issues. The same seems to have happened with a proposal to create flats in St. Aidans Church. An added benefit of having the market in St. Aidans Church is that visitors are more inclined to go further into town and see the beautiful area and bridge rather than going straight to the old post office where they would miss one of the more charming parts of the town. 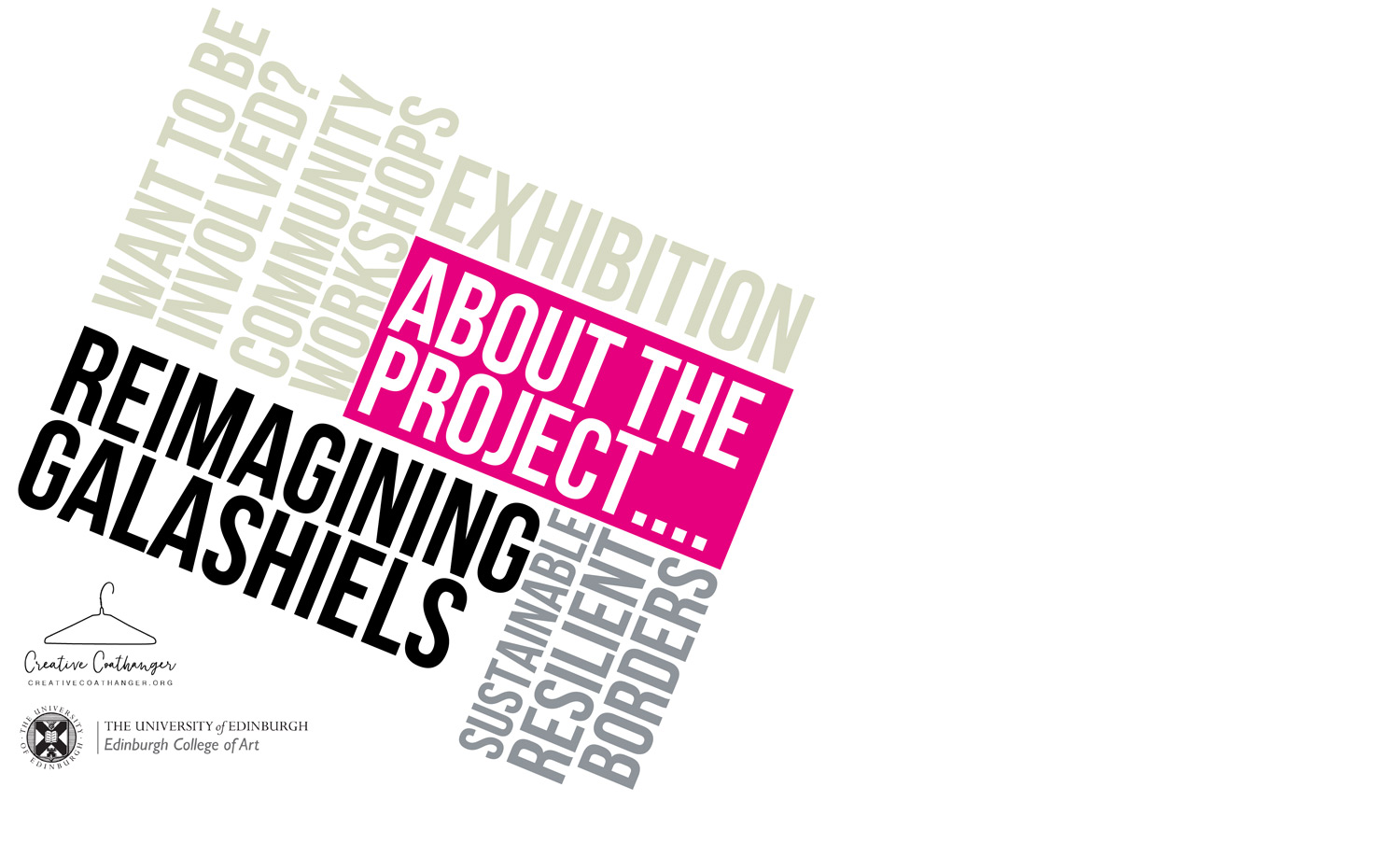